NEVER UNDERESTIMATE THE GREAT CALIBER OF WINES MADY BY SMALL FAMILY WINERIES.  ANADIGNA SOBRE LÍAS IS AN ALBARIÑO LIKE NO OTHER

Carlos Rey Lustres claims that deciding the name of his winery and wines wasn’t an overly taxing exercise, since his grandmother had previously been in charge of a host of winemaking chores such as weaving baskets for the harvest, labouring in the vineyards, pruning the vines and, above all, making incredible wines in sync with nature.  The name, therefore, could not be any other than that of his grandmother, Anadigna. 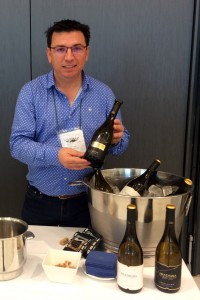 However, Anadigna’s grandson showed neither a passion nor even an interest in wine when he was younger.  It wasn’t until 2012 when Carlos’ perception of the world of wine began to change.  He decided to take on the responsibility of continuing the family legacy, dedicating himself to the winery in the hope of not disappointing his ancestors.  There is no doubt that they would indeed be proud if they were to see him now, treating his wines as if they were his own children.  In fact, all three Anadigna wines have achieved 90 points or more in the Peñín Guide 2020 and have also been awarded five stars in terms of value for money.

Bodega Anadigna is located in the Val do Salnés, one of the five sub-zones in which the DO Rias Baixas is divided, where the Albariño grape reigns.  With a proximity to the sea, on the left bank of the river Arosa, it is the largest sub-zone comprised of 1,487 hectares, it is also the flattest and has an Atlantic climate, that is, with mild temperatures and high rainfall.  Bodega Anadigna’s vineyards are on a slight slope of a south-westerly aspect, with shallow sandy soils and are situated in the Concellos of Meaño and Sanxenxo.

Anadigna Sobre Lías 2017 is a monovarietal of 100% Albariño and this vintage allowed the production of 2,400 bottles.  With regards to the winemaking, under the supervision of oenologists, Cayetano Otero and Patricia Presas, controlled fermentation took place in stainless steel at 16°C for 21 days.  This was followed by partial malolactic fermentation and the wine was kept then on its lees for seven months, with pumping over taking place every week. Before bottling, cold tartaric stabilization was performed at -5 ° C.

In appearance, Anadigna Sobre Lías is clear, of medium intensity and straw yellow in colour.  On the nose, it is clean, very aromatic of medium intensity and shows primary aromas, as well as secondary aromas due to the time spent on its lees.  The primary aromas are floral such as blossom, elderflower, jasmine and honeysuckle, of green fruit such as apple, grape and gooseberry, of stone fruit such as apricot and peach and of tropical fruit such as melon and lychee.  The subtle yeasty secondary aromas from lees ageing are of pastries and bread.

On the palate, this albariño is aromatic, creamy and very dry, medium (+) in acidity, medium in alcohol, medium (+) in the body due to the pleasant texture resulting from the time spent on lees and has a medium (+) flavour intensity.  The primary flavours are floral of elderflower, honeysuckle and white blossom, of green fruit such as apple, grape and gooseberry, of stone fruit such as apricot and peach and of tropical fruit such as melon and lychee.  The typically characteristic quality of Albariño is apparent, that is, notes of minerality and salinity, as well as delicate secondary flavours of pastries and bread dough resulting from the time spent on lees.

Anadigna Sobre Lías 2017 is excellent, awarded with 92 Peñín points.  It is suitable to drink now, especially paired with any seafood or fish dish, as well as with delicate cheeses, green herby salads or even with spicy dishes. 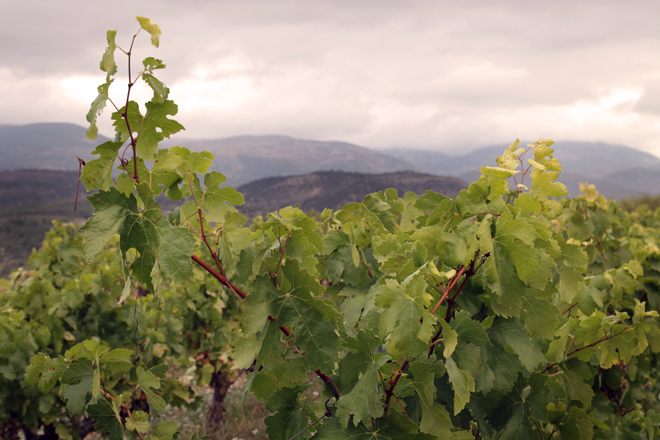 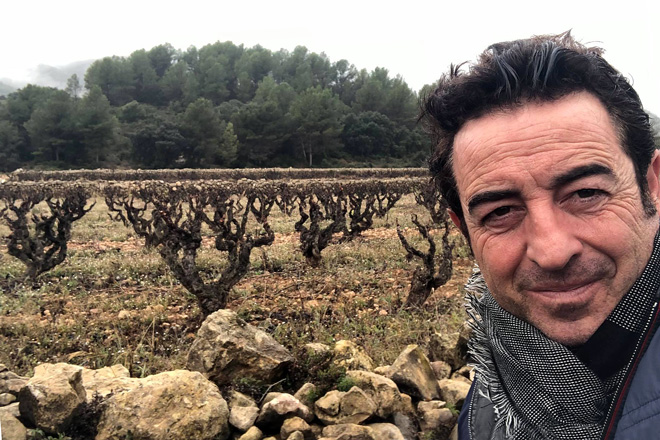 Casal de Armán Finca Misenhora 2016, the flavours of sabrego in the form of liquid gold